On August 20-24, on the shores of the Kyiv Sea, we held the V Jubilee Leadership Program, which became the largest event in the history of USF. For four years we have been organizing cross-regional congresses of participants.

For the first time, we invited students from all regions of Ukraine and representatives of the Republic of Belarus and Moldova, who shared with us their experience of changemaking. 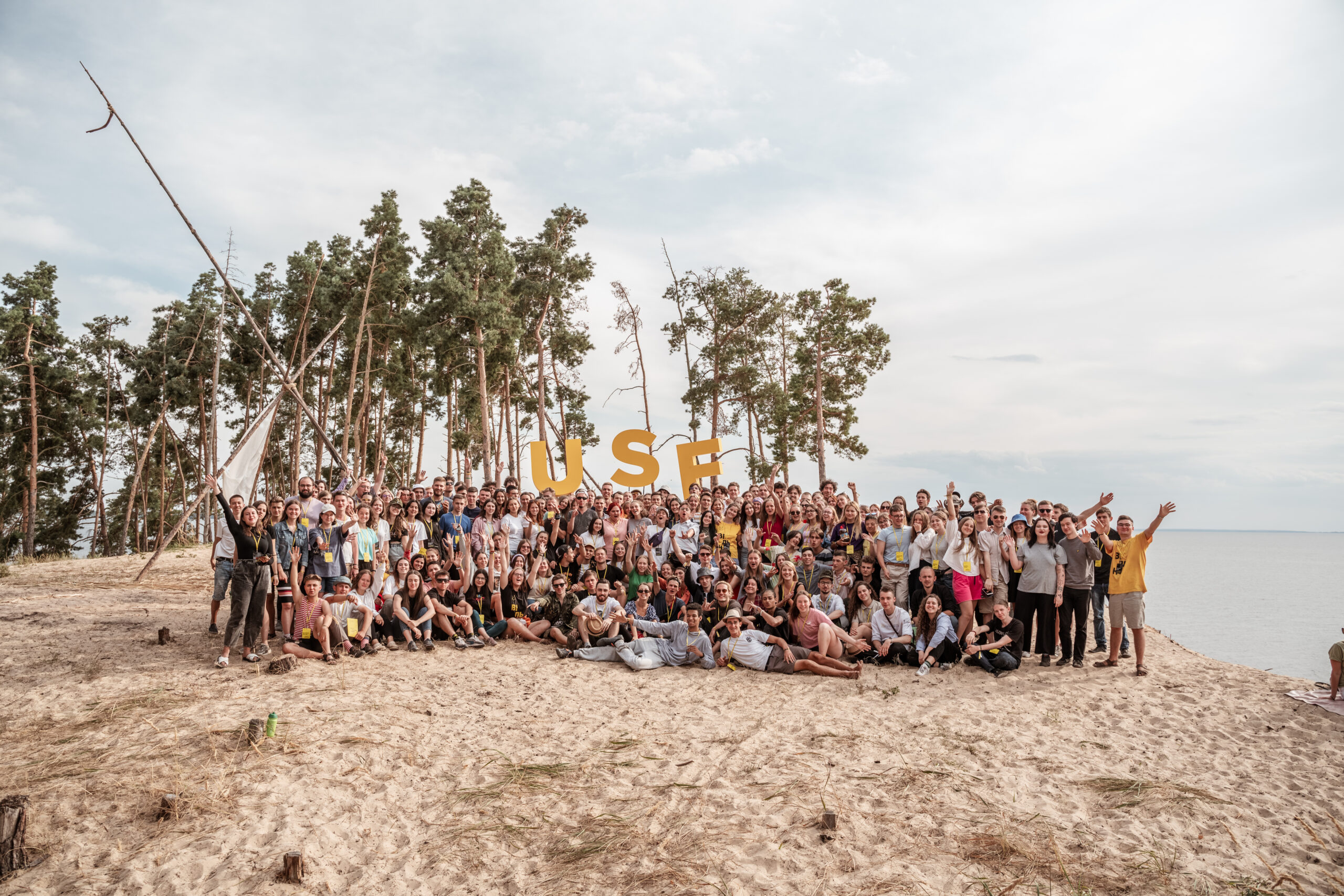 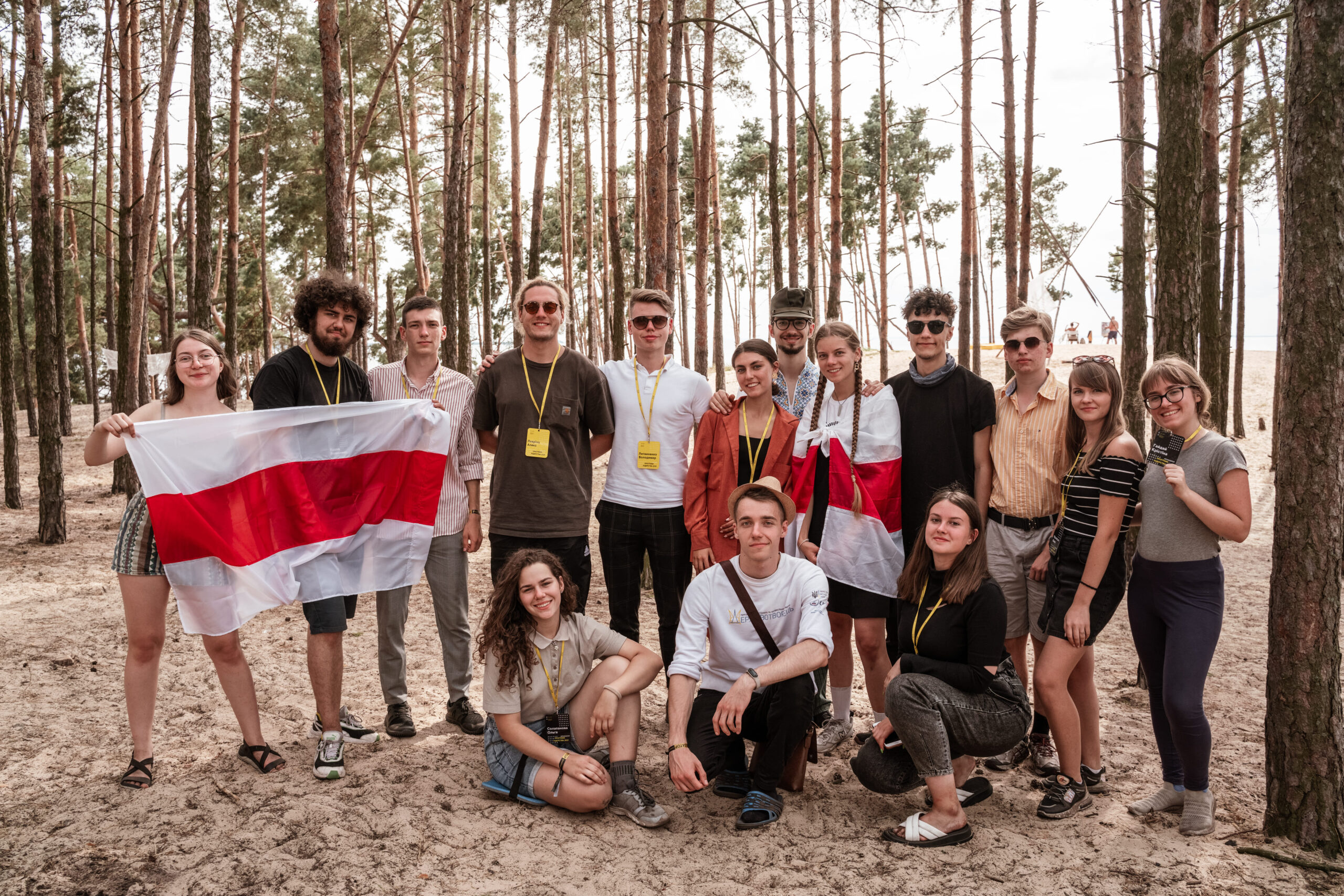 Previously, there were separate camps in which delegates from the Center, West, East and South participated according to their place of origin. This year we organized a completely new format. For five days, participants had the opportunity to immerse themselves in the atmosphere of networking, studying and living in nature.

It is this Leadership Program that has gained the most excitement among Ukrainian youth compared to previous years, because: 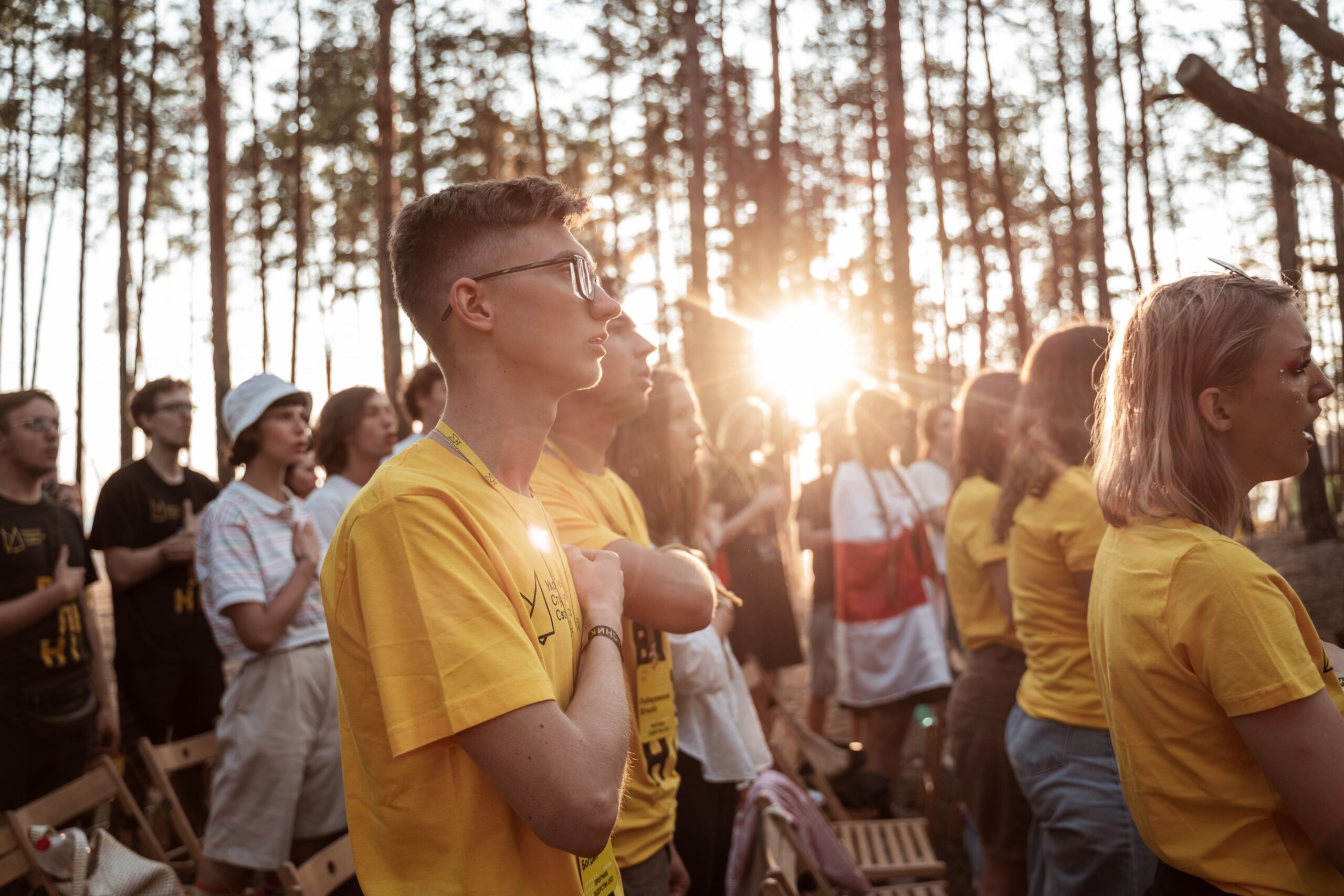 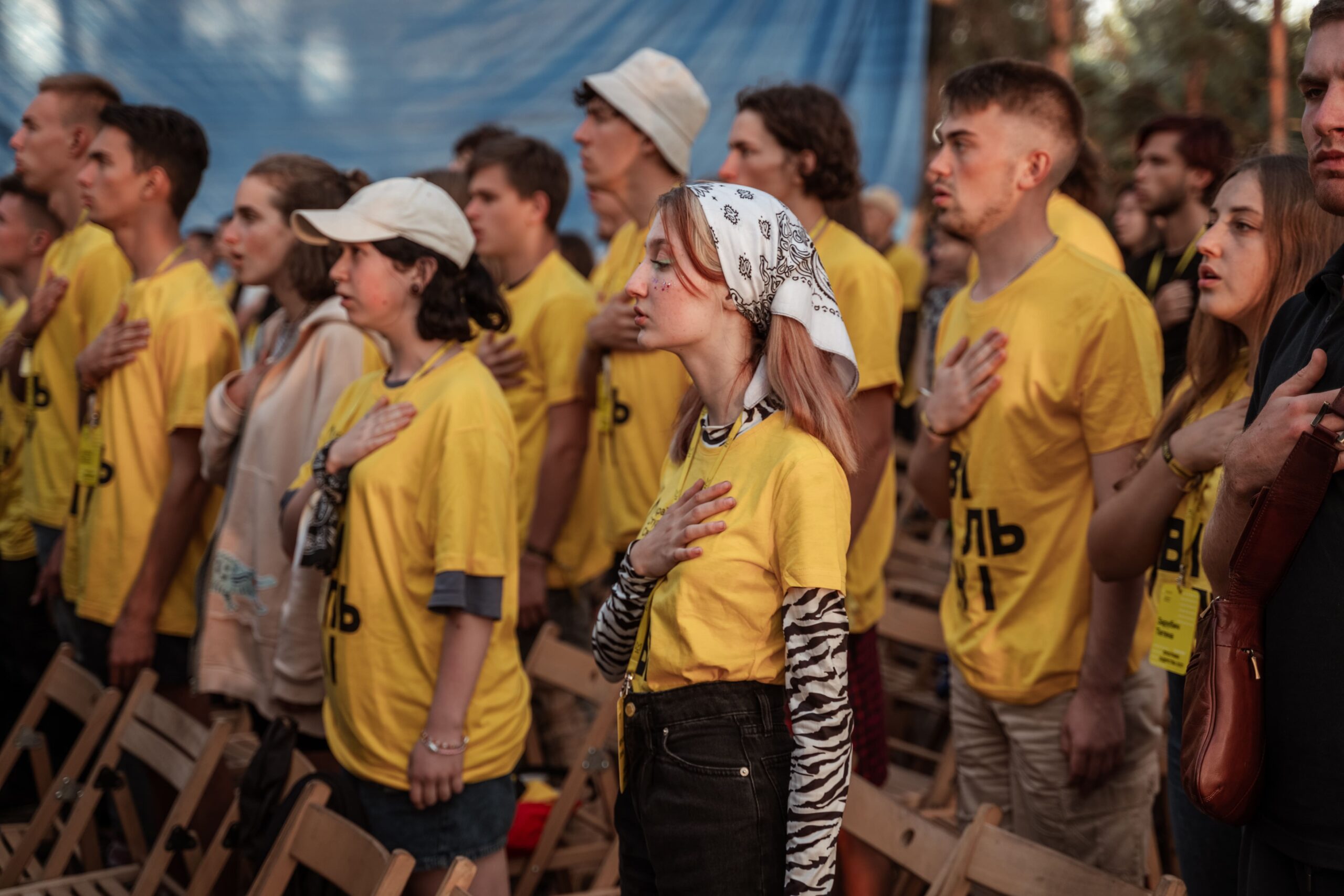 In particular, we successfully tested the format of a tent camp and open-air lectures (like at a real festival!). The new activists received a personal mentor — a person who will help them achieve their goals and organize projects throughout the year.

Participants got acquainted with cool speakers and attended lectures on interests. We are proud that we have managed to gather an environment of experts inspired by the ideas of freedom. The educational part began with a speech by Atlas Network Executive Vice President — Tom G. Palmer.

Igor Kozlovsky spoke about the phenomenon of Dignity and Freedom in Ukraine. Artur Pereverzev introduced the listeners to the basics of objectivism. Andrii Illarionov spoke about the size of the state and economic growth. 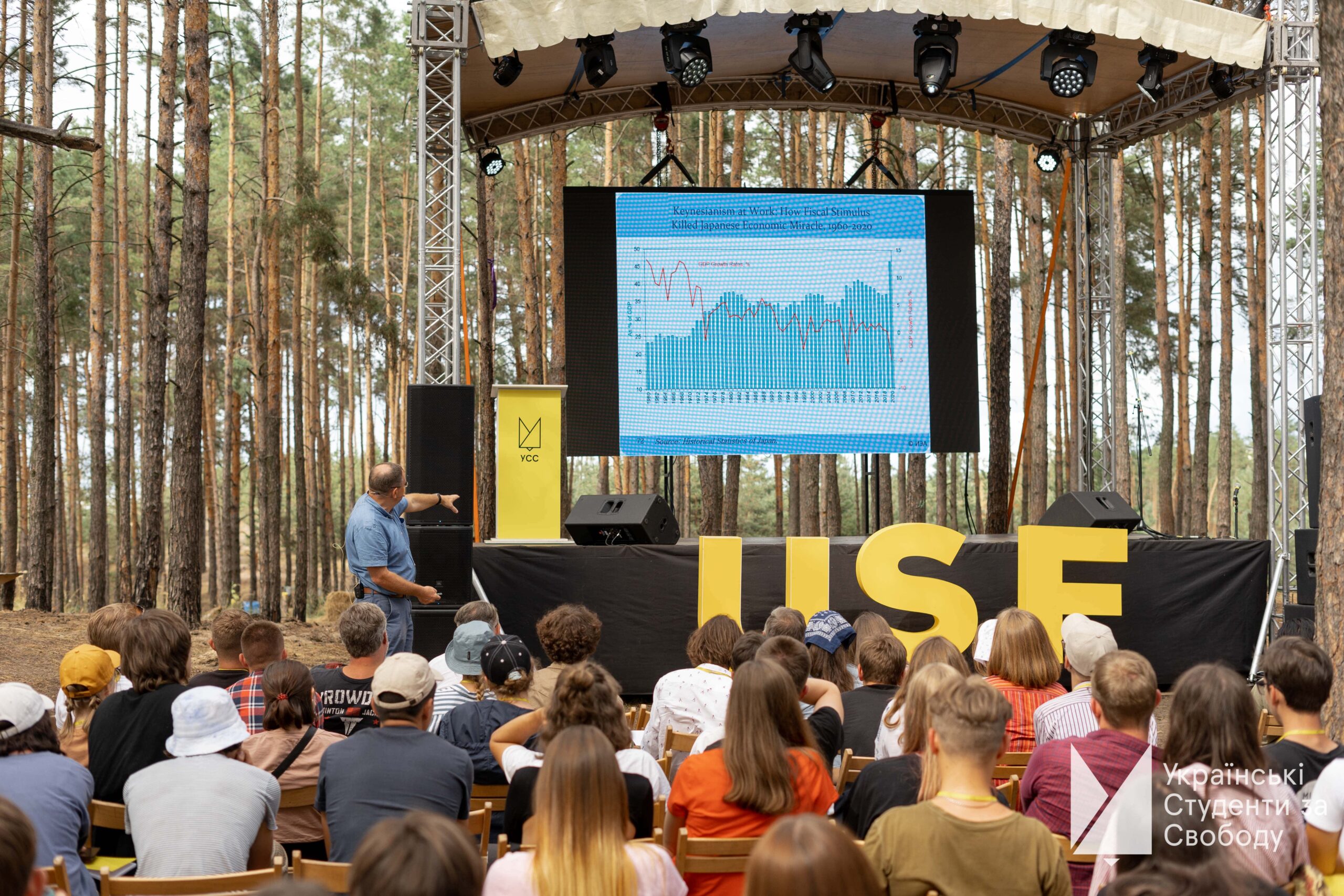 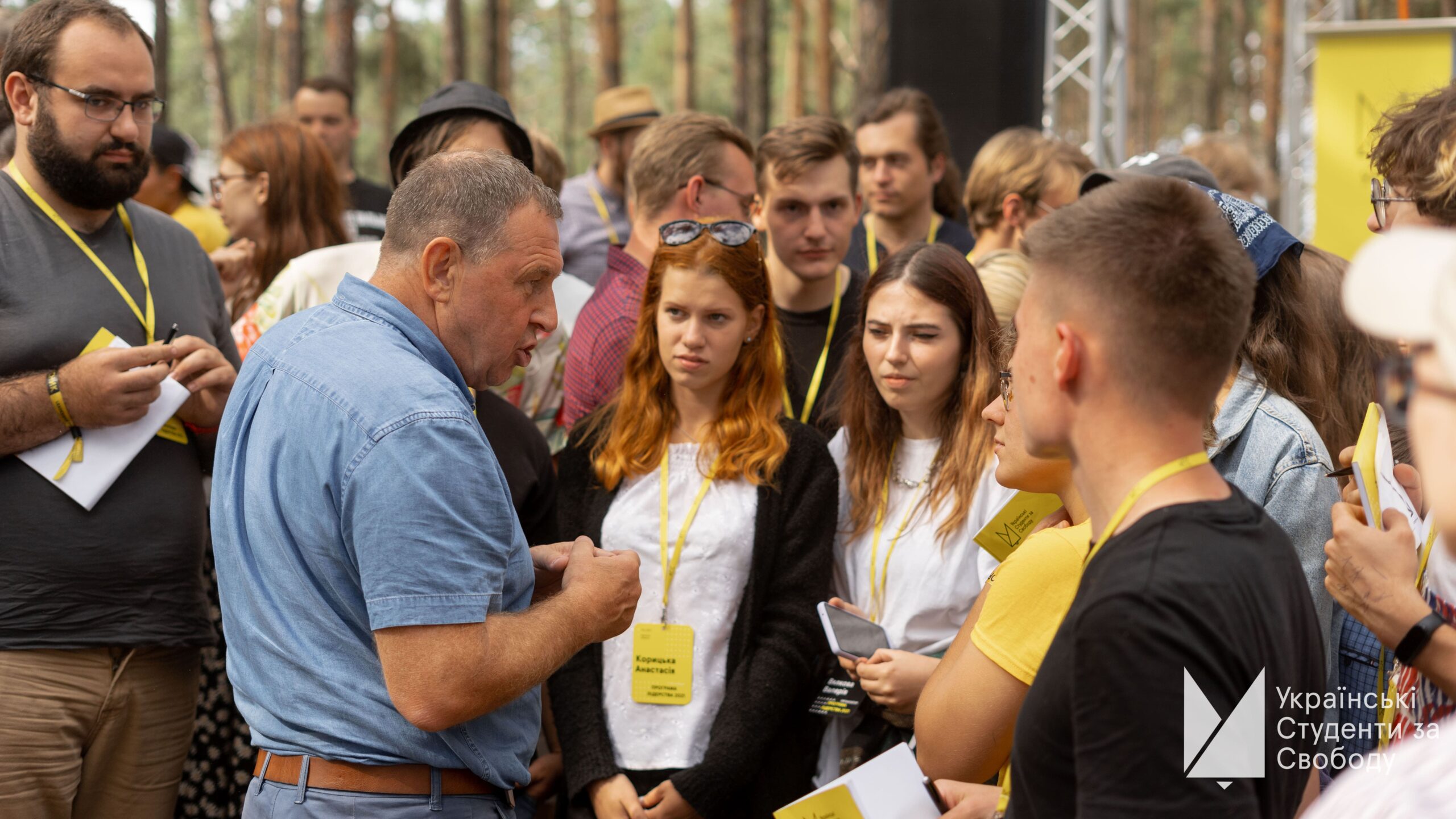 Valentyn Krasnopyorov gave a lecture named «Institutions and their impact on the development of countries». 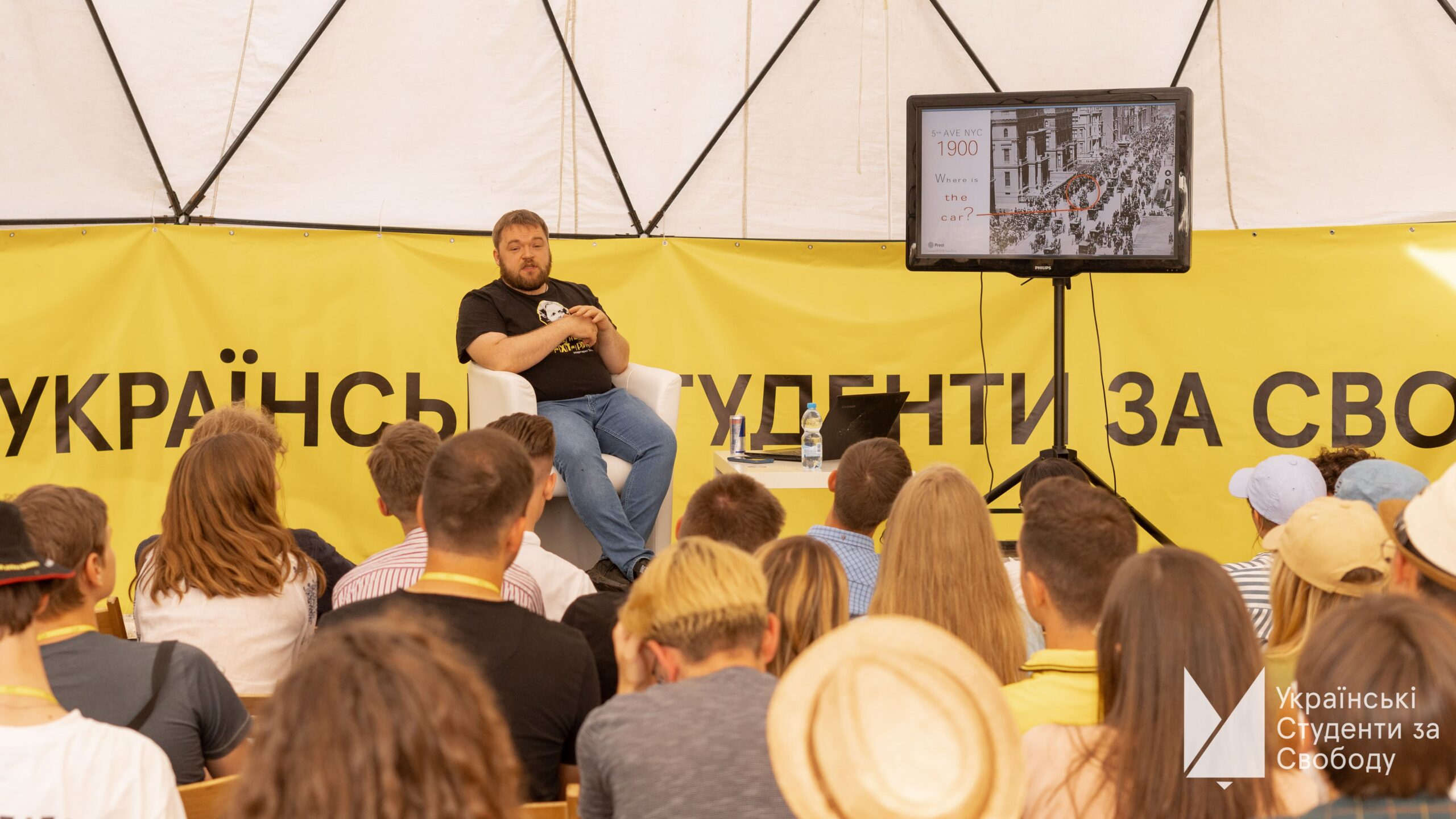 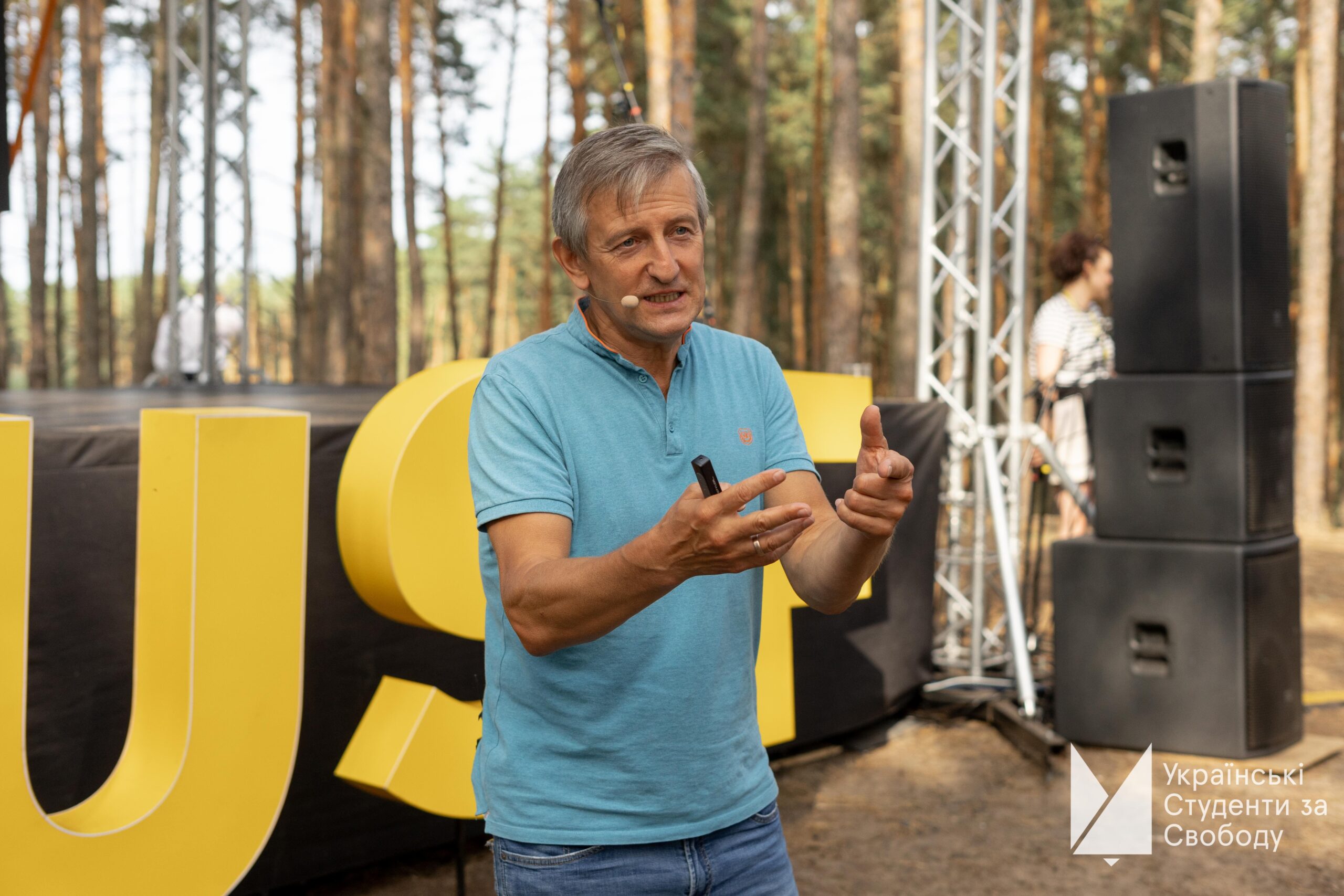 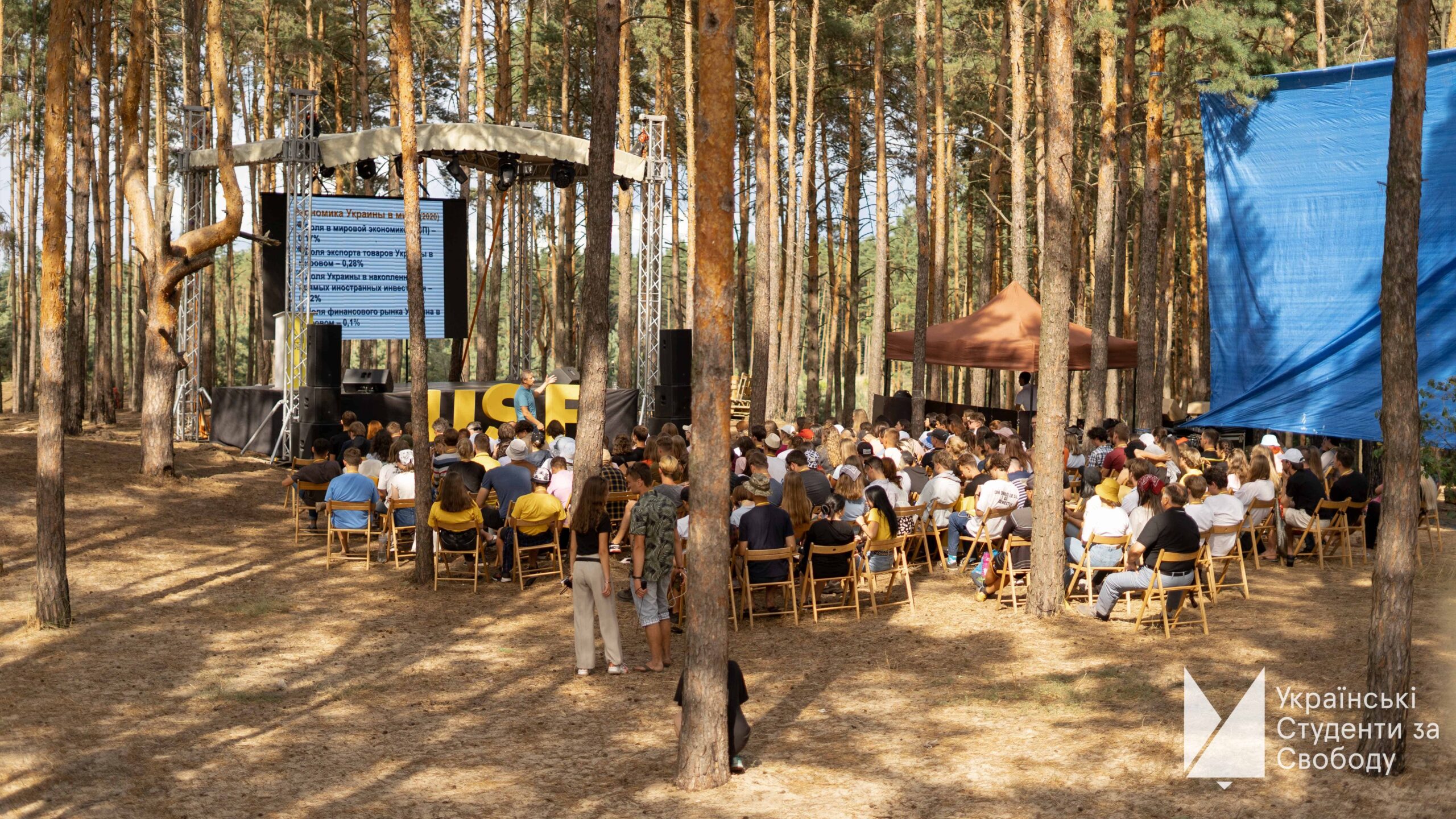 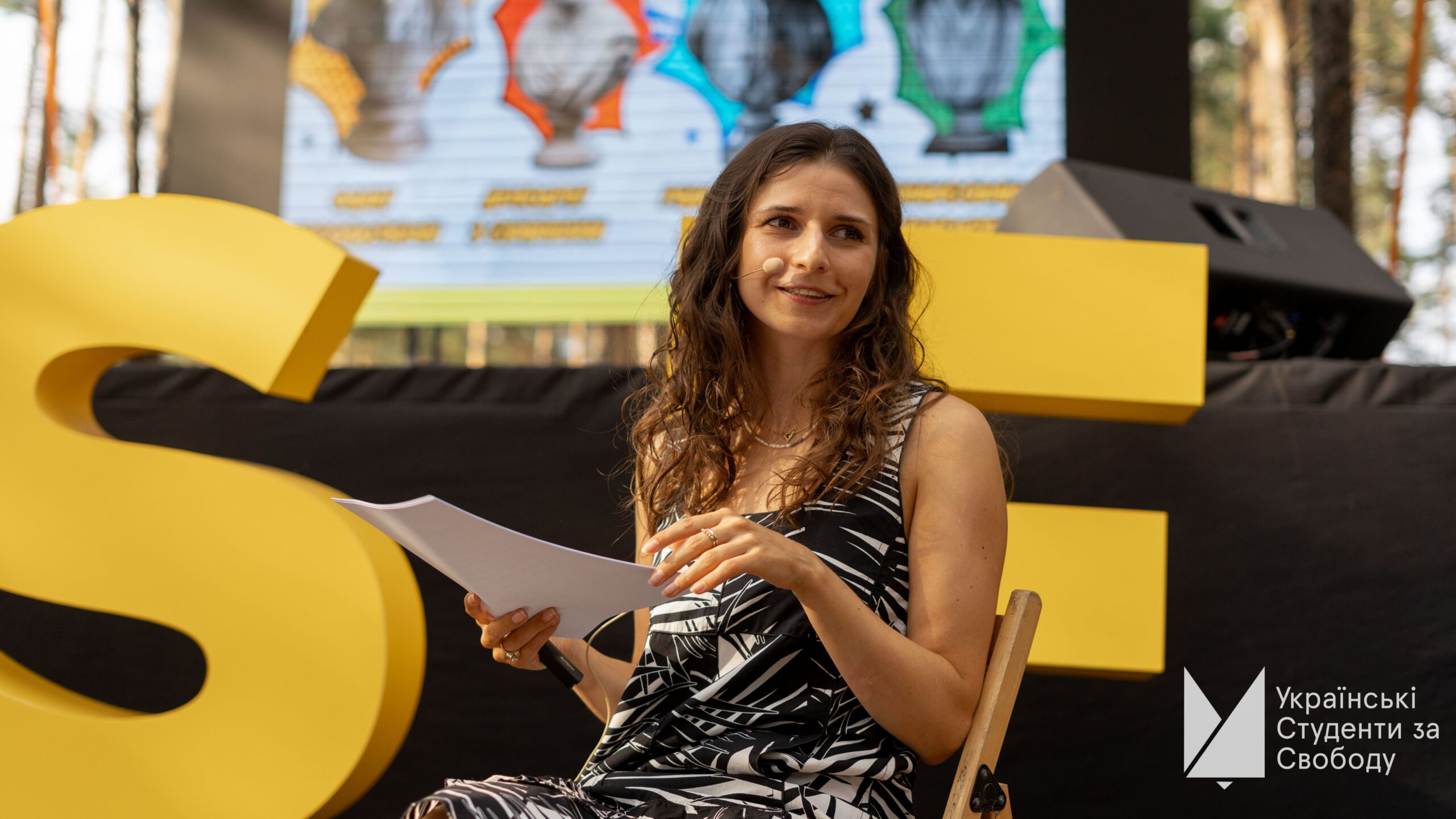 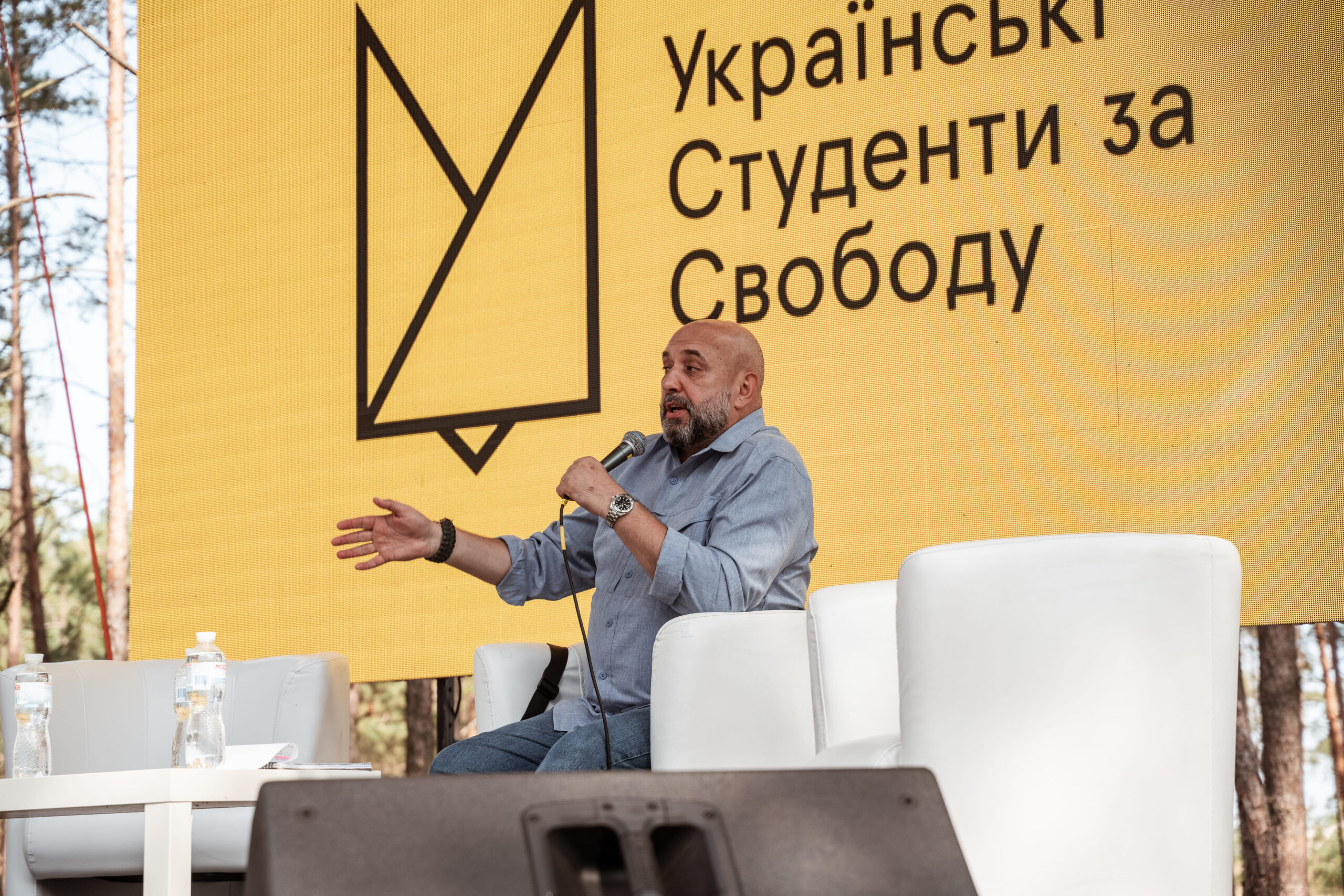 In addition to the lectures, a panel discussion «Business in Ukraine» with the People’s Deputy of Ukraine Maryan Zablotskyy, the founder of «Нова Пошта» Volodymyr Popereshnyuk and the manager of fiscal regulation Philip Morris Ukraine Mykhailo Polyakov also took place on the main stage. We truly thank the speakers who shared their experience and knowledge with the participants of the Program!

Every year we hold «The Golden Congress»‎ to thank the most active members of the USF, who with their tireless work, sleepless nights and cool projects prove their commitment to the ideas of freedom and organization. So on the evening of August 23, the traditional Golden Congress took place on the main stage of the festival. During it, the leaders, whose names were heard in various nominations, fought uncontrollably for the trust of the audience, delivering incredibly sincere and insightful speeches, participating in heated discussions. Those who brilliantly managed to win the favor of the hall, according to the results of voting and became the winners, receiving the main awards — our beautiful goose.

Elena Lanivska won the bronze goose n the «Future of USF» nomination. We thank Valerii Lazarenko, Valeria Vyalkova, Yulia Kabushka and Anna Tymoshenko, who joined us last year, but have already made an invaluable contribution to the development of the organization.

Dmytro Usik, who won in the section «Devotion to the organization», received the silver goose. Our congratulations to other nominees: Denys Shapovalov, Yaroslav Zhdanovych, Kyrylo Dymov.

Golden goose usually goes to the whole unit, which worked all year round and showed the most innovative projects. Therefore, in the «Project of the Year» nomination, the Kyiv unit headed by Anatolii Didyk won for the #StopShkarlet campaign. Thanks to Taras Pogrebnyak and the Kharkiv unit, Anna Hrynkiv and the Mykolayiv unit, Victoria Kravchyk and the Lviv unit for their cool projects and actions! 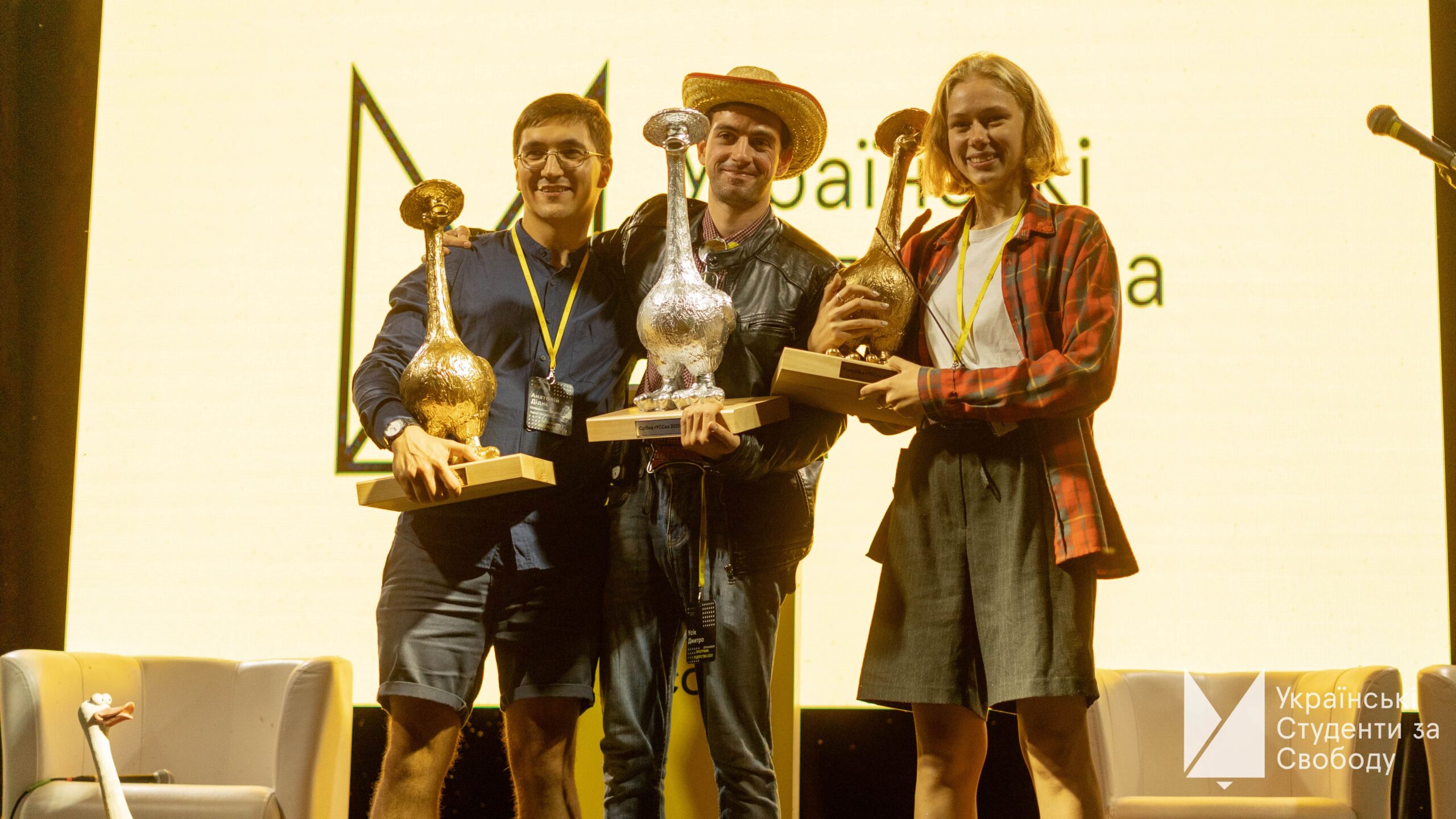 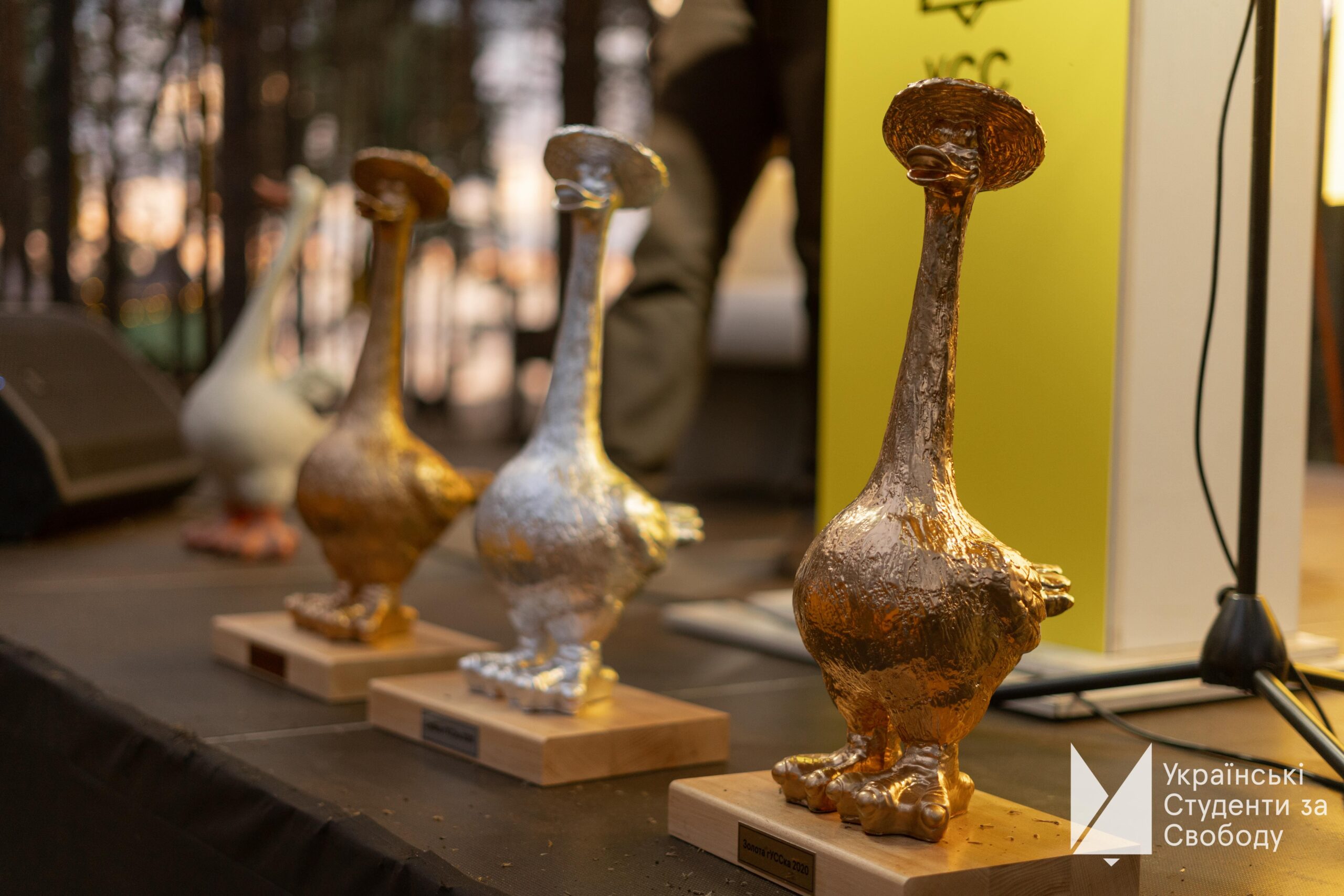 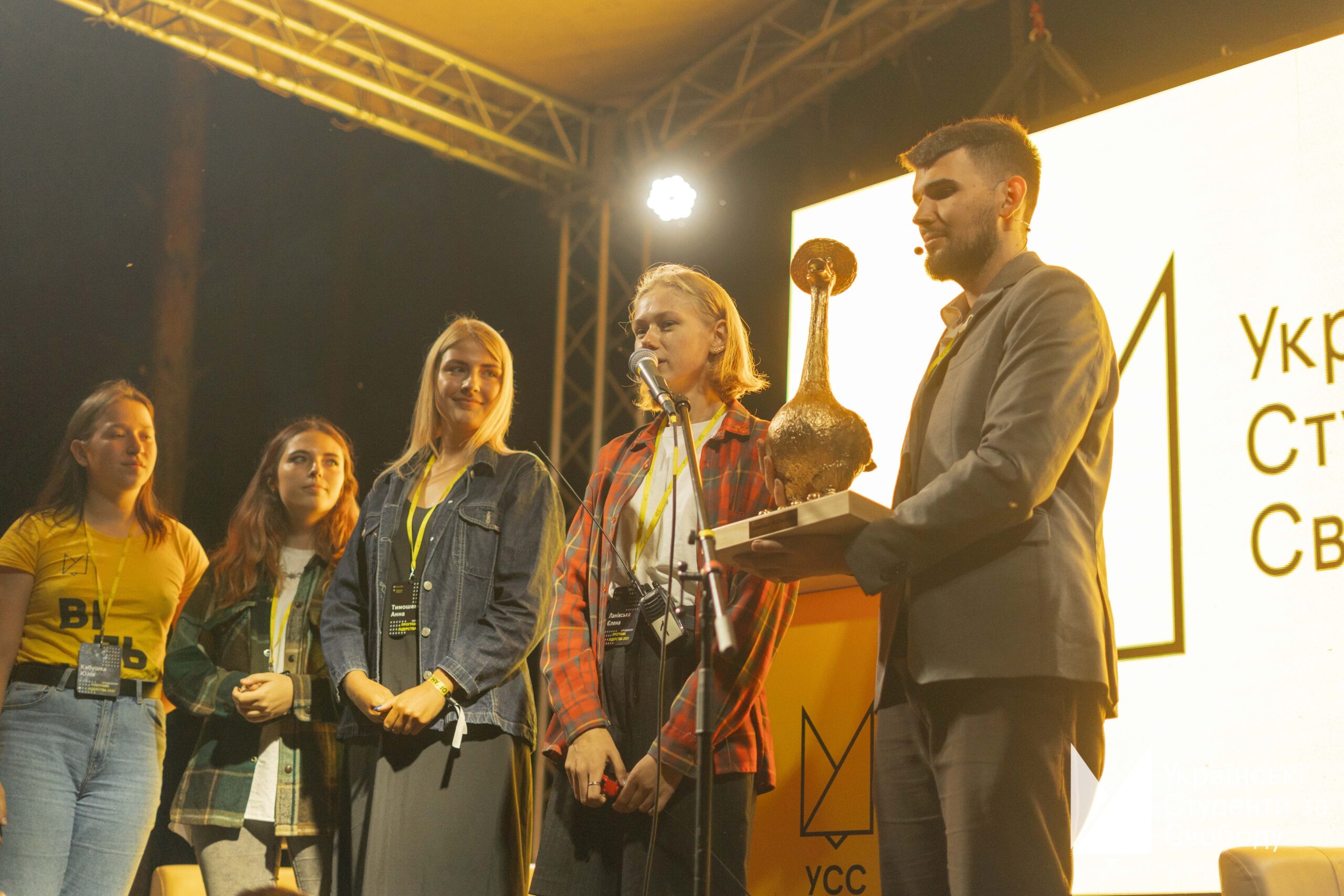 «USF is a mirror, only slightly concave. If you give a lot, you get even more» — said Anatoliy, a member of the Board and Chief Operating Officer of the USS, who gave such instructions to young activists.

Leaders from whole country: participants who became activists, mentors who received a functionary card and those who rose to the next step in the organization and became coordinators — they all received their awards and the honorary title of winners. 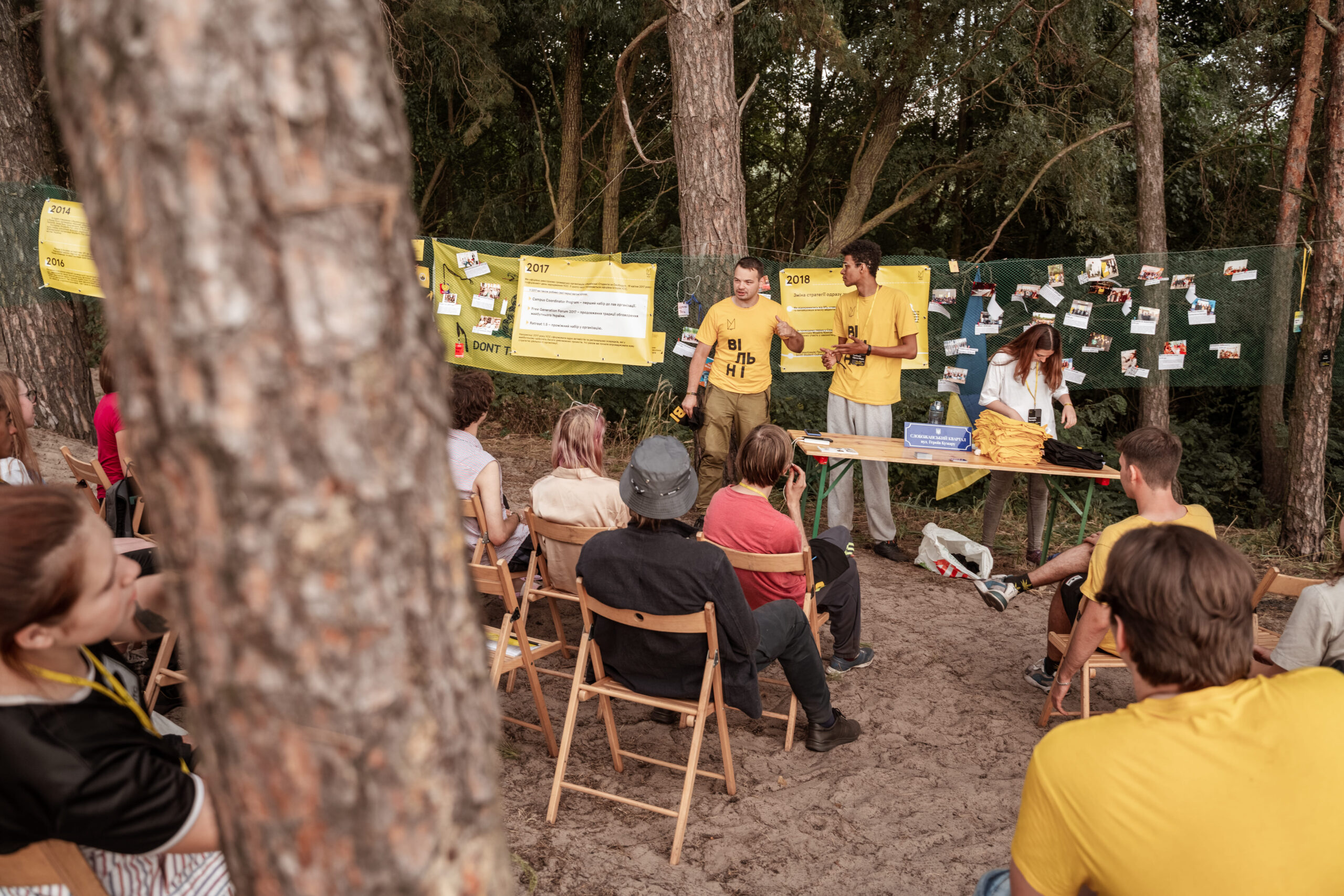 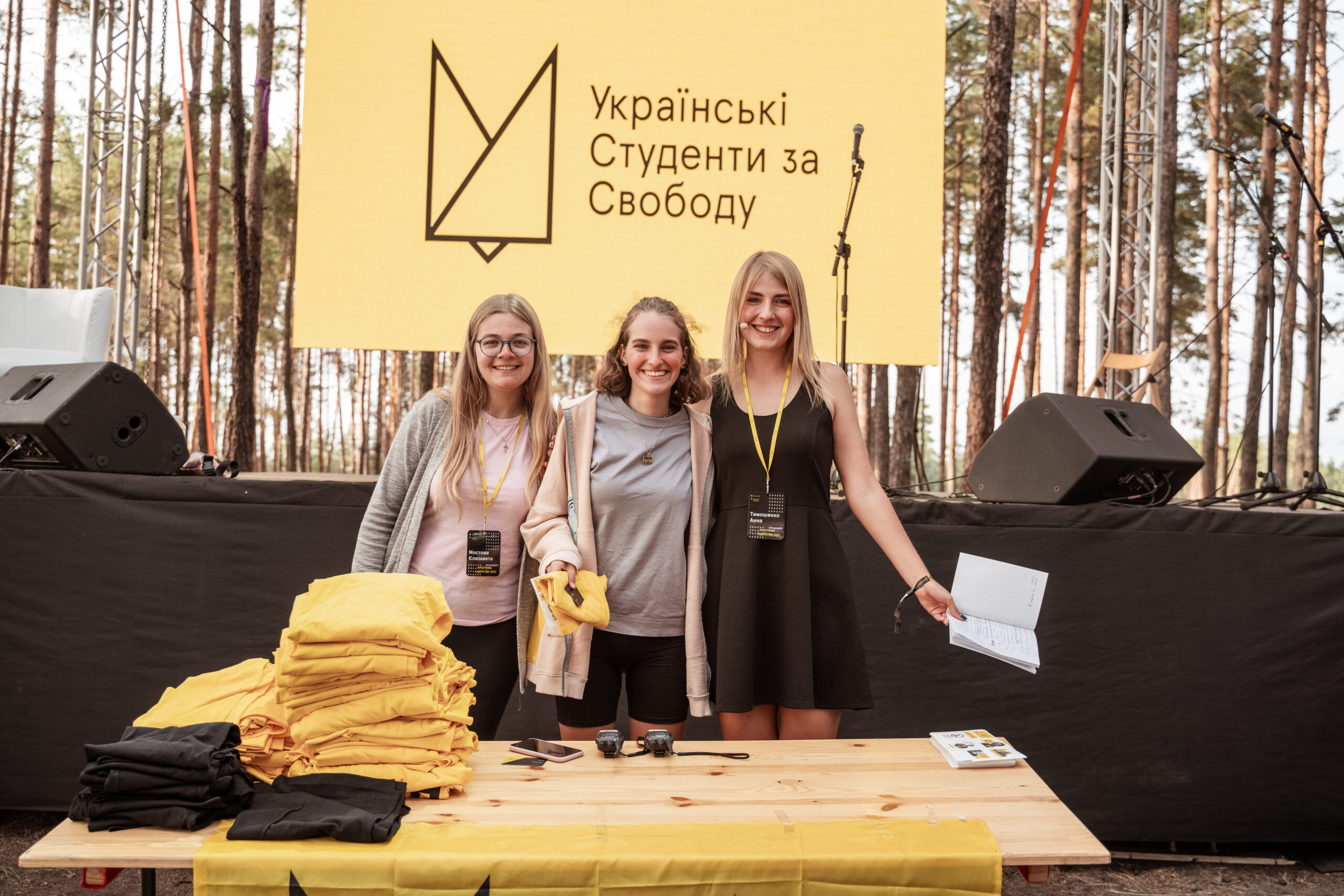 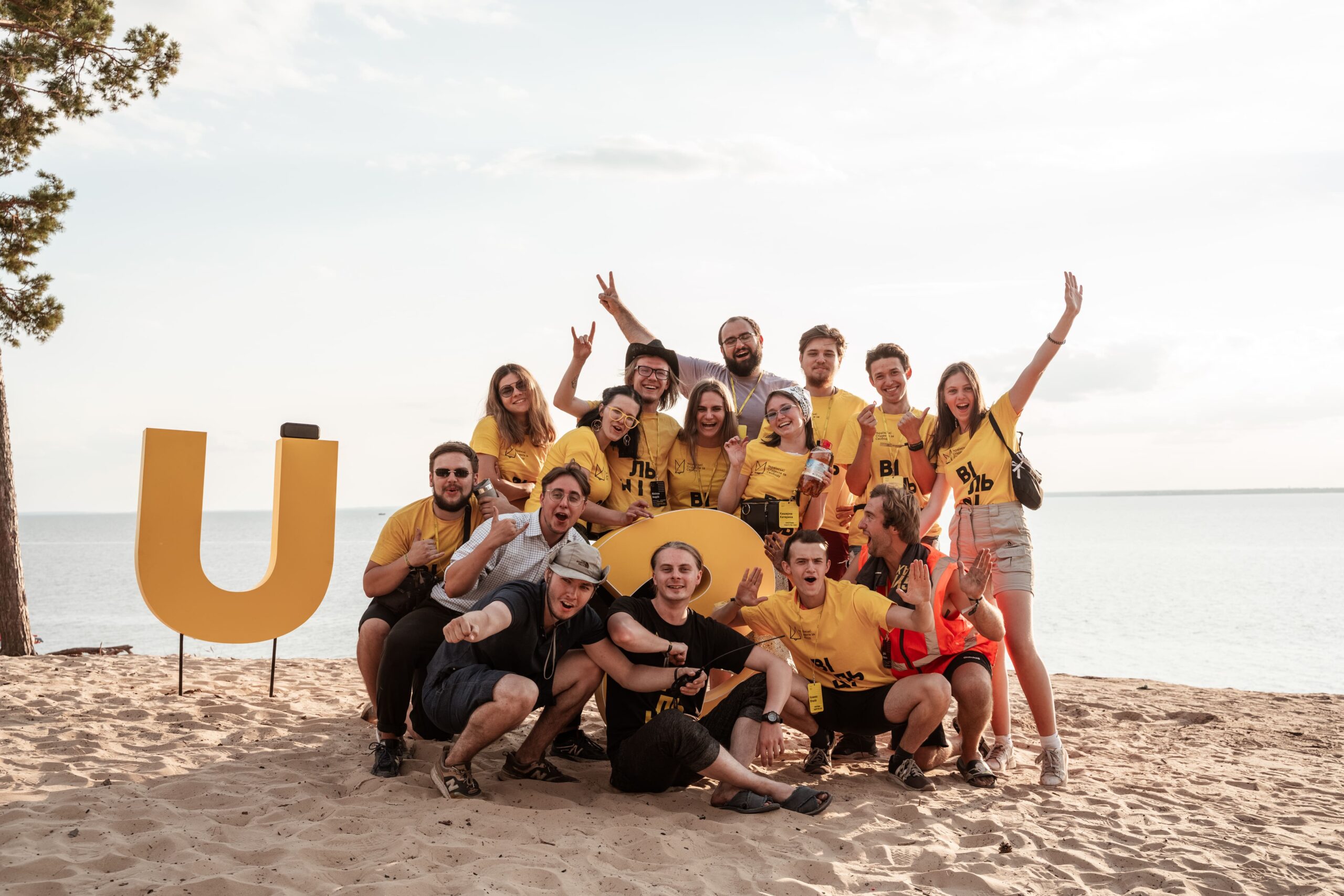 Thanks to this year’s «‎Leadership Program», our organization is represented in 26 cities of Ukraine. Now there are more than 400 «Ukrainian Students for Freedom».

We are moving towards new achievements and spreading the ideas of freedom in the future!

On September 30-August 2, a training camp for participants from the Kyiv region was held in Vinnytsia. 25 active students joined the Leadership Program to meet interesting people, learn a lot, and create their own projects. 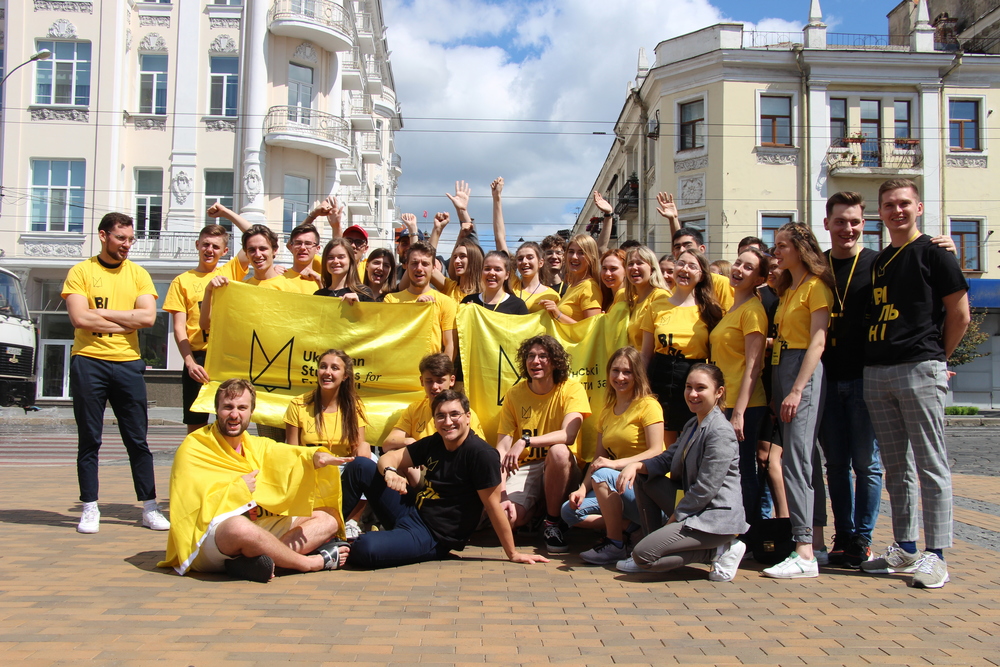 The training began with a lecture by Marian Zablocki. He told the participants about economic freedom and leadership in politics.

Daniil Lubkin introduced students to the basics of economics., and Valentin Krasnopyorov told students about the basics of political science. Participants were also able to learn why it is worth studying philosophy. Viktor Kozlovsky, a lecturer at the Kyiv-Mohyla Academy, told them about this. In addition, one of the lectures on the Leadership Program was dedicated to self-development. Ivan Omelyan taught students how to set goals and achieve them. 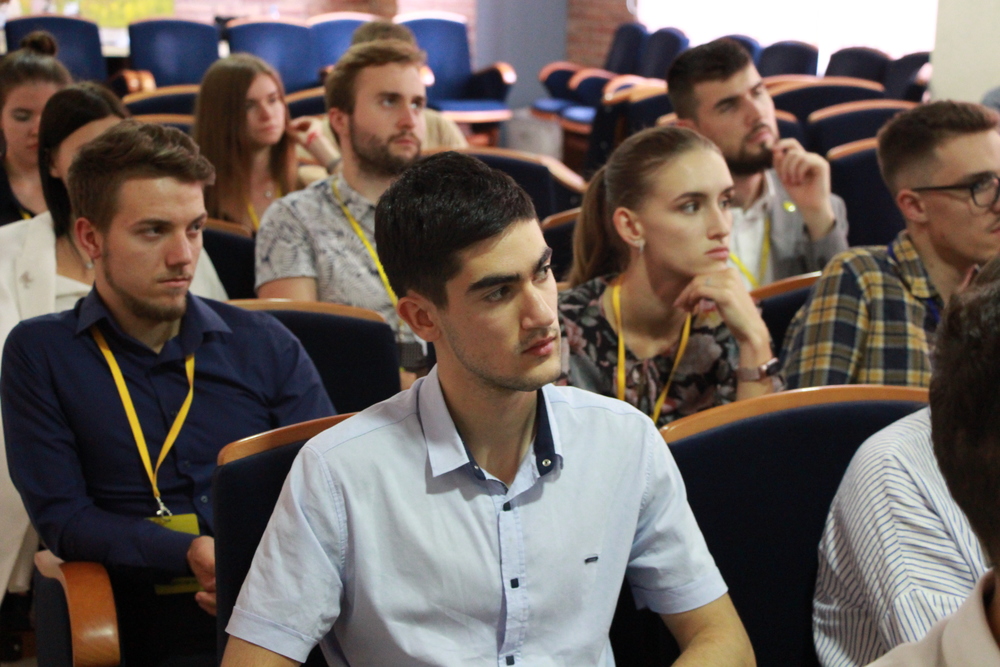 During the training camp, five teams created and presented advocacy campaigns. They focused on gun control, legalization of marijuana, customs clearance of cars with European license plates, organ transplantation, and decriminalization of sex work. The winning team was the participants who created a campaign about gun control. They have been invited to participate in the USF Golden Retreat. 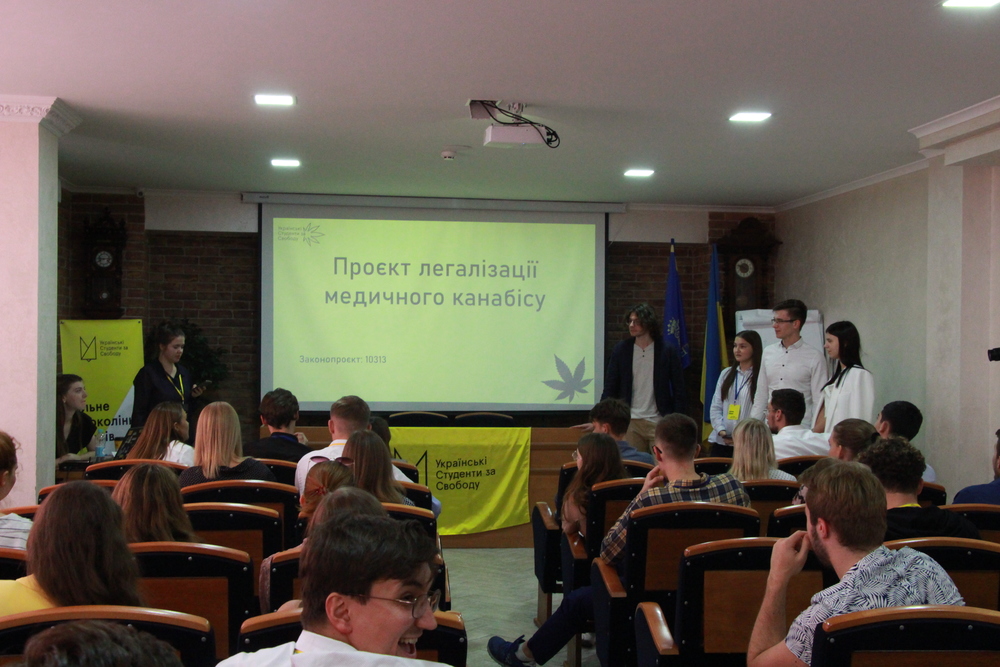 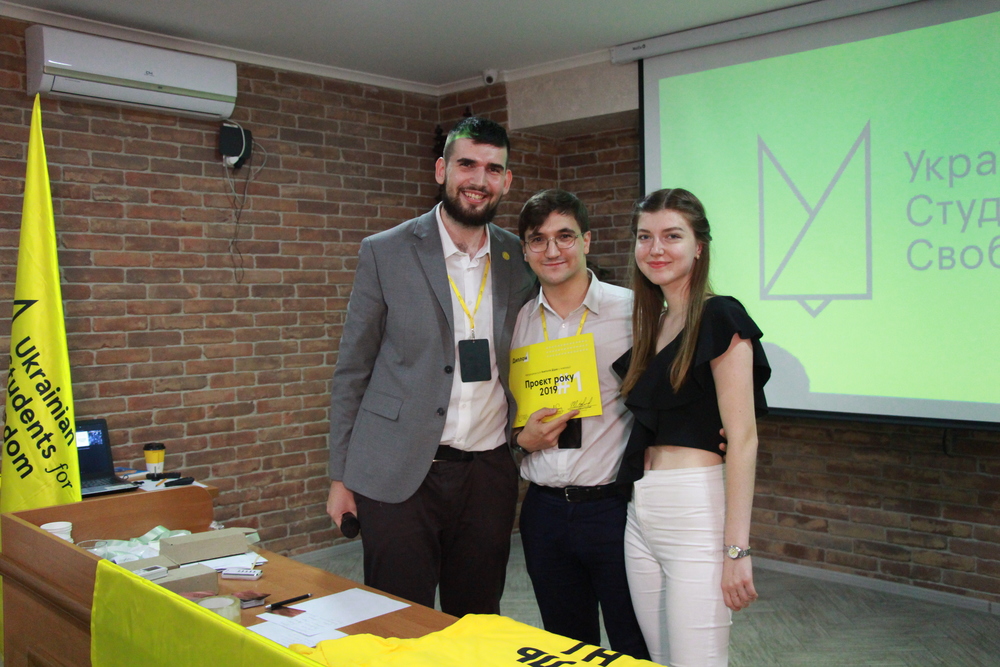 We are glad to welcome new members of the organization to the team!

You can't be a part of USS now, but you can become a funs Fans